The Fifth Performance of "I Am an Emotional Creature"

A part of the play by Eve Ensler, "I Am an Emotional Creature", directed by Tatjana Nikolić, was performed at the second Multimedia Challenge, organized by the Supercitizen Center for Raising Social Awareness and Super Radio. 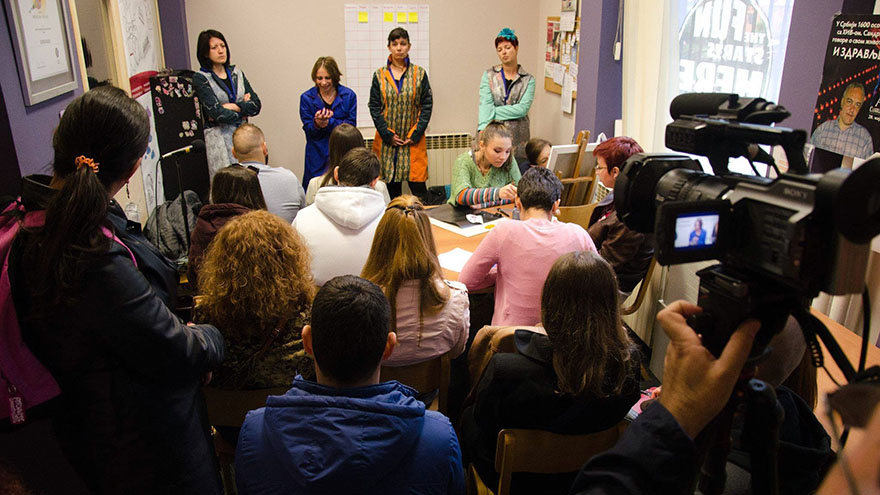 Multimedia Challenge Project is conceived as a promotion of young artists from all art fields. Each challenge has a topic which the artists have to address in the course of four hours. The topic of this challenge was "Emotion/s". Since the organizers had seen the première of the play dealing with the issues that are seldom talked about but provoke strong emotions, we were invited to perform.

The performance was attended by 20 people, who, having carefully listened to and seen each scene, expressed their wish to see the whole performance on the following occasion.