Women Empowered for the Next Step Project involved workshops on the prevention against gender-based violence and self-defence trainings, which were organized with the joint effort of the Center for Girls and Plant Association during the months of May and June. The final conference of the project was attended by HE Julia Feeney, an Australian Ambassador to Serbia.

"It is important that this kind of a project is supported in Serbia since the educational system here does not include any subjects on human rights. That's why international institutions have to support projects like this one", the Ambassador said. Julia Feeney explained that in Australia education on human rights starts very early, at the age of five, so that children at the earliest age begin to learn what is socially acceptable and what not.

Within the project financed by Australian Embassy in Serbia, three workshops on the prevention against gender-based violence were held at the Center for Girls. The workshops dealt with the forms of violence, prejudices, why women stay in violent relationships, legal regulations, competencies of institutions, what kind of help civil society organizations can provide. The participants talked about their experience with violence and the cycle of violence was presented as an important tool for recognizing and identifying violence. In the end, the preparations for self-defence trainings were done. The workshops were held by Natalija Pljaskić and Silvija Mihajlović, consultants on SOS helplines and long-terms workshop facilitators, and Tatjana Nikolić, an expert on gender-based violence and an executive coordinator of the Center for Girls. 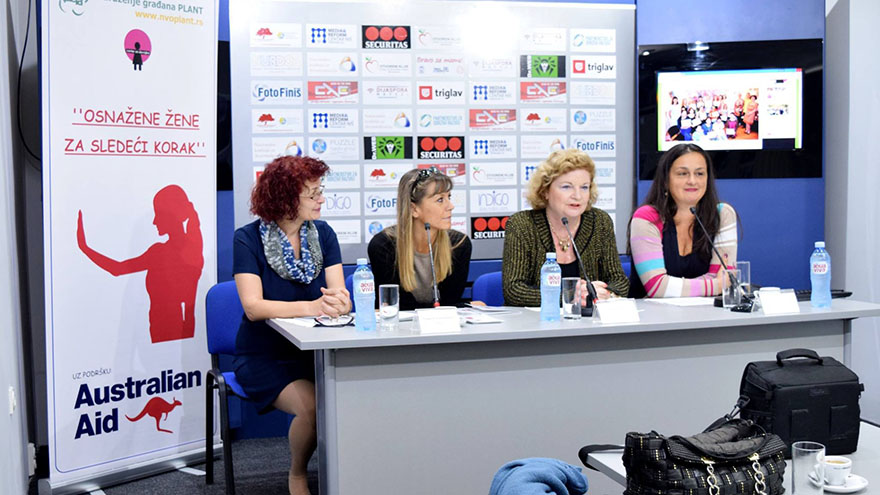 Twenty-five girls and women participated in this project.

"The participants pointed out that they were aware of violence, but not of the ways to prevent it and who to turn for help, and also of the fact that it should be talked about. It is important to support and encourage women who have gone through such an unpleasant experience", Tatjana Nikolić said and thanked Dragana Vukadinović from Plant Association on recognizing the Center for Girls as a competent partner on this project.