"I am an Emotional Creature" premièred at SCC

The performance "I am an Emotional Creature" based on Eve Ensler's text by the same title had its première at the chamber scene of the Student Cultural Center in Niš on June 22. The preparations for the play directed by Tatjana Nikolić began in mid-spring, making this the fourth play by the feminist-activist theatre of the Center for Girls. 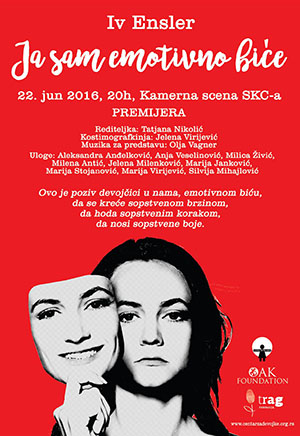 Hunger Blog, What I Wish I Could Say to My Mother, I Have 35 Minutes Before He Comes Looking For Me, A Teenage Girl's Guide to Surviving Sex Slavery, What Do You Like About Being a Girl? are the titles of some of the stories from the play which kept the attention of the audience despite more than 35 degrees outside.

The text entitled "The Joke About My Nose" speaks about a teenage girl who had a nose surgery despite her will. Her exclamation "I used to be Mesopotamia, and today I am a shopping mall" got loud applause. "Five Cows and a Calf" was actually a "sum" for which a father sold his daughter. "Asking the Question" reminds the youth of the importance of using contraception. "Free Barbie" is about children who are forced to work since the age of five. "I Dance" is a way of escape and release from the chains and impositions...

Twenty texts in total were performed by nine activists of the Center for Girls, each as a monodrama. The actresses' age span was from 15 to 27.

Though some of them got out on the stage for the first time – Aleksandra Anđelković, Anja Veselinović, Milica Živić, Marija Janković, Jelena Milenković, Silvija Mihajlović, Marija Stojanović, Marija Virijević, Milena Antić – they managed to make the audience wonder and remember that the same or similar problems arise everywhere.

Jelena Virijević designed the costumes, and Olja Wagner composed music , as well as a liberating song whose lyrics stemmed from several of the texts performed.

The young actresses performed the song in the end, accompanied by loud applause and followed by congratulations from the packed audience. 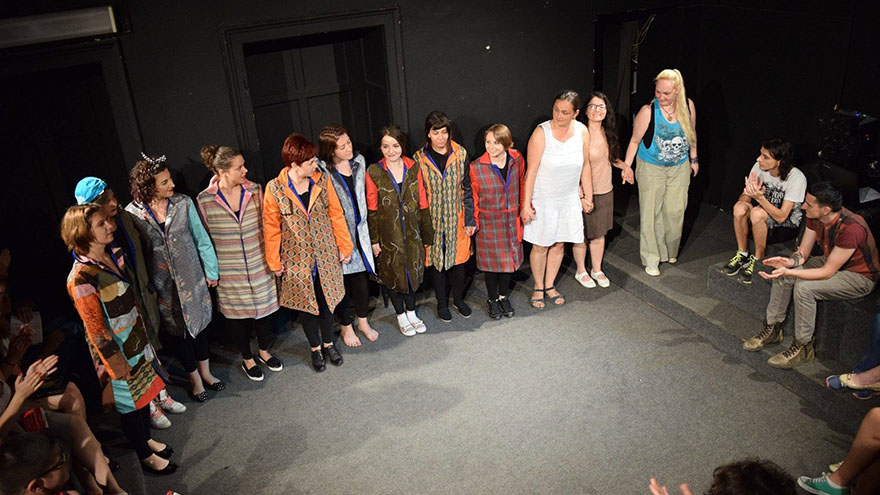 For more photos of the preparations for the play and the première, visit our gallery.