For the second year in a row, the Center for Girls commemorated the European Cervical Cancer Prevention Week. During the campaign, Simona Dašić, a gynaecologist and the Center for Girls associate, held interactive lectures on the prevention of cervical cancer in high schools we cooperate with.

The same lecture was held for the interested public at the Media & Reform Centre.

In the course of these seven days, all customers of Branković Bakery were given a leaflet with information about cervical cancer, which informed them that a regular gynaecological check-up is essential for the early diagnosis of the disease.

The leaflet reads as follows:

In Serbia, at least one woman dies of cervical cancer and four women contract the disease every day.
According to the cervical cancer incidence rate, Serbia ranks fourth in Europe, whereas according to the mortality rate, it comes second.
Cervical cancer develops due to human papilloma virus (HPV), but the virus itself does not necessarily lead to the cancer development. HPV is transmitted through sexual intercourse. After the virus reaches the cells, the period between 8 and 10 years may elapse until cancer develops. During that period, infected cells go through changes which may be easily identified via a PAP test.
A Pap test is initially done two years in a row. Afterwards, if the results were good, it is repeated every three years. Colposcopy or HPV test may also be done.
Regular gynaecological check-ups are essential for women's health! If cervical cancer is diagnosed on time, it is 100% curable.

The interactive lectures were attended by 53 girls/women. 30,000 leaflets were distributed. This campaign is run every year, from January 24 to 31. 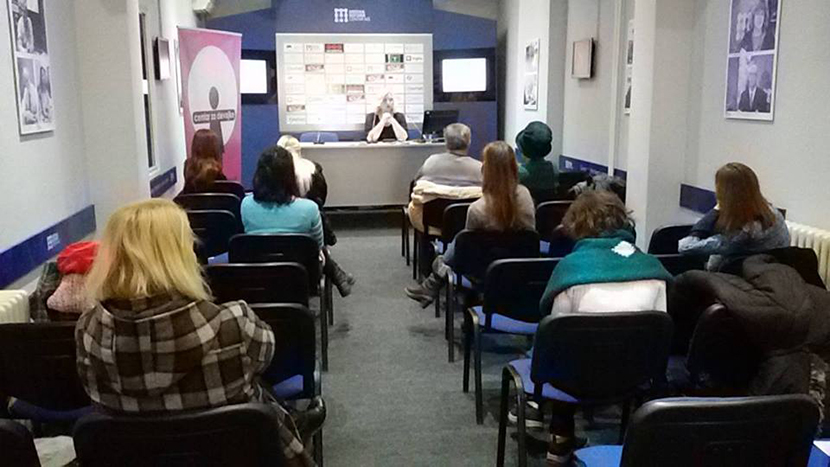 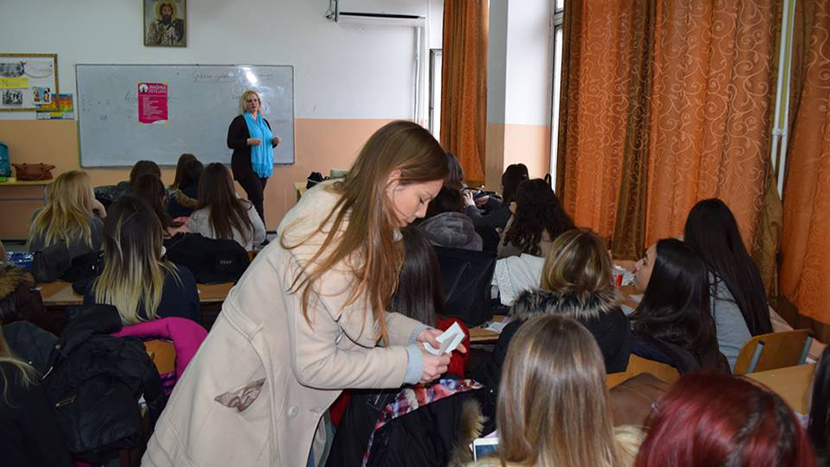