One Billion Rising global campaign, run everywhere in the world on February 14th, was also joined by the activists of the Center for Girls. Twenty girls danced to the song ''Break the Chain'', a hymn of the campaign, in the main pedestrian zone in Niš.

This global campaign was launched by Eve Ensler, an American playwright, activist and feminist, who first organized a V-Day Action, which soon spread all over the world.

The campaign started after the United Nations reported the appalling statistics stating that 1 in 3 women in the world is likely to be raped or beaten up during her lifetime. Taking into account that there are 7 billion people in the world, that means that these data refer to ONE BILLION WOMEN.

We would like to thank Nataša Nikić – NIA Studio, the Centre for Civil Resource Development, Super Radio, schools and all individuals who joined us in dancing against gender-based violence. 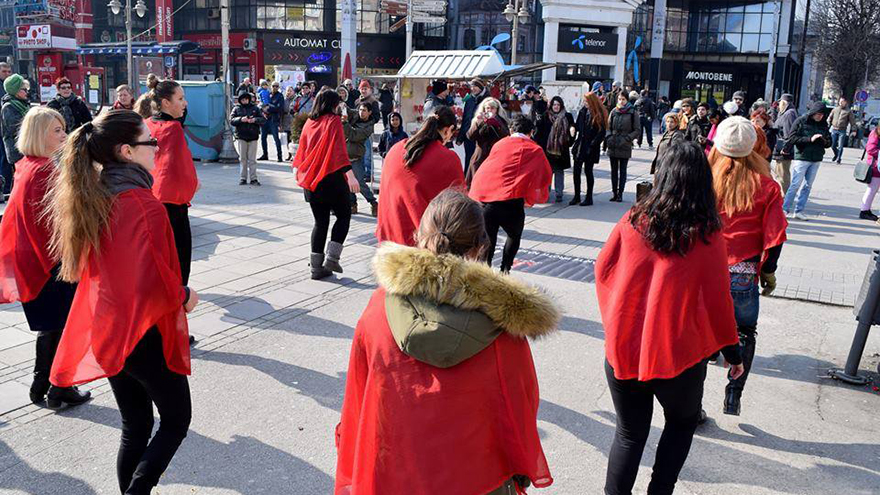