Planting of the Japanese cherry trees in Nis was a part of the "One Billion Rising" global campaign to end rape and sexual violence against women. In 2021 this campaign dedicated itself to preserving Mother Earth under the slogan "One Billion Rising 2021: Rising Gardens".

Center for Girls donated 9 seedlings of the Japanese cherry tree to the city of Nis and contributed towards reducing air pollution within the city. We planted three seedlings in three locations: in the park next to the Faculty of Law and the Faculty of Economics; in park Cair between the stadium and the pool; and within the complex of the Cair city pool. We understand that 9 seedlings are not enough to solve the air pollution, but we do believe that this can inspire others to initiate similar projects. This was our first action in a row aiming to reduce air pollution within the city.

Planting was made possible by the "JKP Mediana" sector "Greenery" Nis. Thank you to the TV stations Belle Amie and Zone Plus for documenting the action and reporting on it.

Should you wish to view the action, you could do so via the following links: 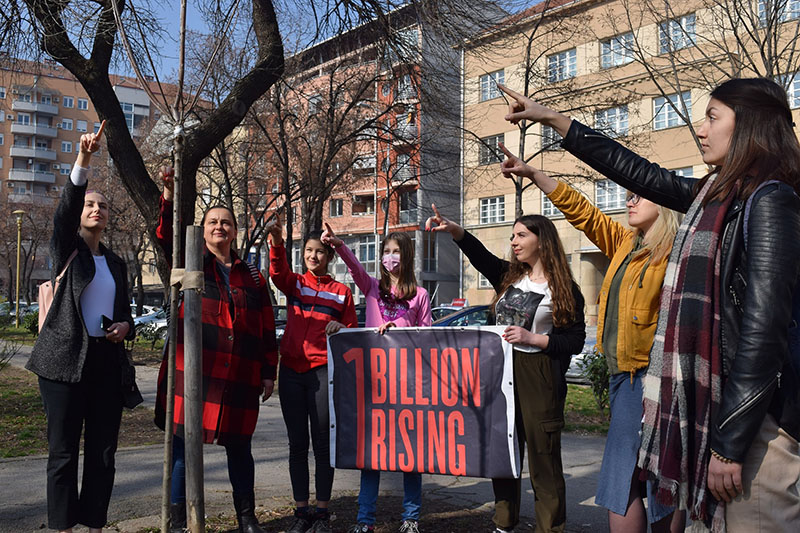 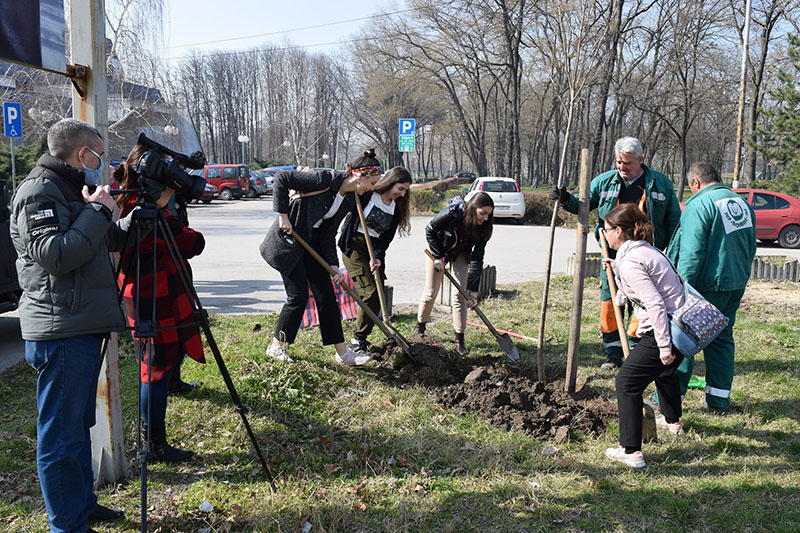