It is the end of the first year of support for the Global Fund for Women Center for Girls, in which 13 high school girls received education and became peer educators.

Through various workshops, 13 girls from five different cities got acquainted with the problem of violence, worked on themselves and learned how to pass on their knowledge to their friends, but also to the general public. Eleven of them conducted 60 workshops with over 530 peers girls, discussed and shared their knowledge on the topic of violence against girls, in the school year which had special working conditions due to Covid 19.

In addition to trainings and workshops, we recorded jingles and videos for social networks, we designed and launched a media campaign that reached the visibility of 452989 people on our social networks. We also prepared and printed a publication that contains what we did thanks to this support. 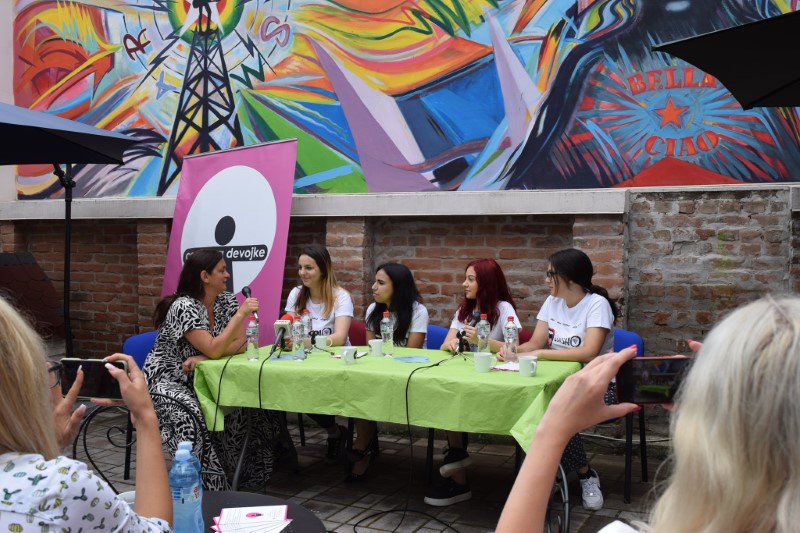 In order to summarize our impressions and see what was good and what could be better, we evaluated the first year of support led by external evaluator Tatjana Obradović Tošić.

Four of them who presented everything they learned in the last year at their first press conference are Ana from Smederevo, Jelena from Niš, Violeta from Nova Pazova and Suzana from Belgrade. Through the workshops, as they say, they broke prejudices, started setting themselves free of their past traumas and changed attitudes. According to them, they received more than they expected. 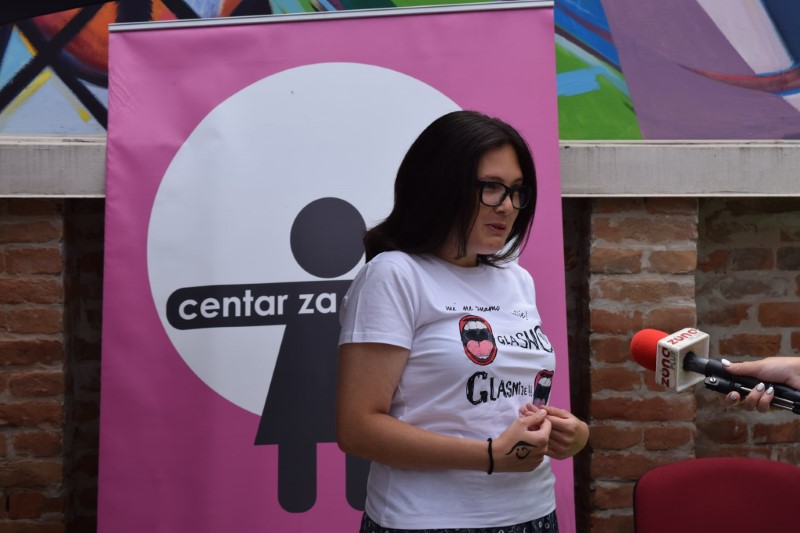 When I found out about the Center for Girls, it was a sign by my side and I wanted to help my peers girls and myself through education. The girls freed themselves through work and were more willing to listen to others but also to themselves, Suzana said.

I gained self-confidence not only in the field of who I am and what I am, but also in the field of what I could do in society. There is a tension of patriarchy in my city, as well as pressure on how violence is experienced. I met a lot of girls and women I would not have met otherwise, Violeta said.

The way we approached the topic through meetings, workshops and watched films changed my opinion about activism. It was a beautiful experience, and the girls were great, Jelena points out with satisfaction.

I learned to give and receive support, and nowhere have I received as much support as in Centrić. I also learned to listen and not condemn what was essential to me, Ana said.

You can see more photos on our FB page and Instagram profile.